Inspiring stories of the week 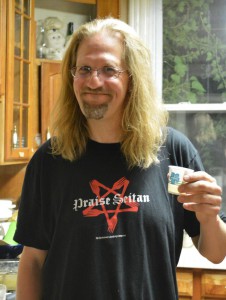 OK, I’m slowly catching up this month! There has been so much goodness, it’s hard to keep up. Let’s get into it:

Wow! How time flies. My “weekly” digest is a tad late. Sorry. Better late than never, though, right? (Look for the “late December” edition next week.) Let’s get to it!

Thanks for reading! Keep your dreams alive!

I would like to implement a regular feature here, perhaps weekly. I often post inspiring articles on my Dream Into Change Facebook page. But, of course, Facebook shows them to very few followers; and besides, you may not be drawn to following me there. So, once a week or so I will plan to aggregate those stories/links and post them here (in the style of Bikeportland.org’s “Monday Roundup,” from which I often enjoy culling such tidbits).

Let’s take a look at what I’ve discovered this past week:

I hope you’ll enjoy this weekly feature! Feel free to share (constructive, please) comments on any of the articles, or to send me “news tips” of other items you may find. I’m especially interested in learning about, and sharing, stories of people doing innovative things to support the greater good, especially in regard to my four main areas of focus: 1) veganism and compassion toward animals; 2) sustainable energy and transportation; 3) Nonviolent Communication (NVC) and restorative justice; and 4) touch- and sex-positive culture.