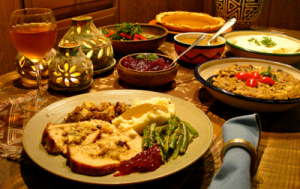 The fall and winter holiday season is upon us.

Vegan/vegetarian advocacy (or even simple social “defense”) can be challenging throughout the year. But when turkey and ham dinners with family, friends, or coworkers start happening, it can be especially stressful and frustrating.

Whether you expect to be dodging snide remarks or jokes from relatives around the turkey, or you’d like to talk persuasively about veg*anism to your co-celebrants to encourage others to give it a try, this workshop can help. We’ll be talking about using NonViolent Communication (NVC)* tools to build connection, rather than divisiveness, when talking about these charged topics.

We won’t be talking about fact-based, point-by-point rebuttals to anti-veg*n statements, since there are plenty of online resources for that. We’ll be talking instead about how to get in touch with our own feelings and needs around animal rights, environmental concerns, and/or health, and conveying them–if and when we choose to–in a way that is more likely to encourage openness in our listeners, rather than argument or defensiveness. The goal of the workshop is to increase the potential effectiveness of our persuasive conversations, while also decreasing our risk for the anger, bitterness, depression, and burnout that sometimes go along with living by a certain set of beliefs that many of our loved ones may not share.

The venue is small, so attendance will be capped at six participants.  There are two events: November 22 and December 13.

*Disclaimer: I am not a certified NVC instructor. However, I have been involved in studying, using, and facilitating the learning of NVC for the past twelve years, in a variety of online and in-person capacities. 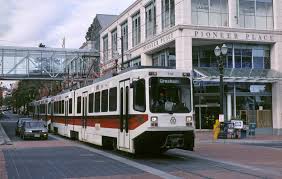 I was a newcomer here in Portland in 1990. Since then, we have been awash in more and more newcomers every year. I welcome them all. However, I sense that over time, our city’s institutional memory has been growing weaker. People may come here because they have heard the buzz, or they are seeking a young, fun, and creative culture. When they arrive, they may not know how things were around here even as recently as the turn of the millennium (pre-“Portlandia”) much less back into the 1980s, 1970s, or earlier.

I’ve been reading Willamette Week’s 40th anniversary issue these past few days, and I’m finding it very poignant at this point in my life. Their anniversary issue each year is always the same week as my birthday, which makes it a nice touchstone for me. And, since I just turned 42 this past week, their age is similar to my own. I’ve read their “alternative weekly” religiously since I arrived here (though it gets thinner each year, as print journalism shifts).

What struck me about this 40th-year special edition was the sense of connection and rootedness it rekindled in me for the hometown I eagerly adopted 24 years ago. Something about this place—its climate, its culture, its populace—stood out to me when I was thinking about where to go to college. I intuited that it would be a good fit for me, and I was right.

When I got here, I wanted to learn about local history, culture, and politics. I immersed myself in those things right away. In 1990, Barbara Roberts was poised to become Oregon’s first female governor. I wished I could vote for her, but my 18th birthday fell two days after the election. Still, I volunteered for several progressive ballot measures—and against several regressive ones—during that campaign season. My home state of Virginia did not have the initiative process, so it was all new to me. I loved it! 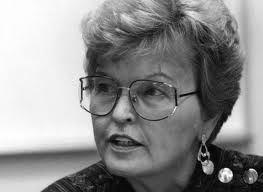 Reading WW’s retrospective helped me to remember some of the culture I stepped into when I arrived. The MAX light-rail line to Gresham had just opened four years earlier.  (Now we have a light-rail network throughout the region.) Bud Clark was still the goofy and avant-garde mayor. Lloyd Marbet was working to shut down the nearby Trojan nuclear plant.  (I remember the “Leaking Trojans… Cause Accidents” T-shirts.) The city was still reeling from the racially motivated killing of Ethiopian immigrant Mulugeta Seraw. Gus Van Sant was artistically documenting the grit and seediness that still permeated the place, with films like “Drugstore Cowboy” and “My Own Private Idaho.” 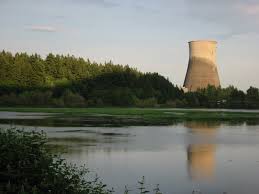 In the early to mid-1990s, I experienced firsthand many of the events covered in the story. I remember when the Bicycle Transportation Alliance, for example, successfully campaigned for bike racks on city buses. I remember when US Senator Bob Packwood’s sordid history of sexual harassment became public, disgracing him and ending his political career. I remember when former Oregon governor Neil Goldschmidt, whose progressive policies and strong leadership had cast a long, hopeful shadow across the local culture, similarly fell from grace when his sexually abusive relationship with a teenager, from many years prior, surfaced.

I remember when the City Nightclub—the first all-ages gay dance club in town—was forced to close. My bisexual first boyfriend had regaled me with tales of his experiences there during its heyday, so I had felt some small personal connection to it.

I remember when the Pearl District—which had housed that nightclub—changed from a mostly deserted warehouse area to a bustling example of urban renewal (for better or worse).

And I remember many more things.

Over the years, I have noticed that many of my closest friends—and almost all of my long-term romantic partners—have been Portland natives. They are a rare breed—growing rarer every day—and I think my invisible pull toward them reflects something about my resonance with this place, its culture, and its history. I love all the new energy from all the other newcomers since me… and at the same time, I really appreciate the opportunity this Willamette Week retrospective has afforded me to reminisce, reconnect, and soak in the gratitude for some of the events and people who have shaped this unique city.

I welcome feedback, from Portlanders old and new, as well as people from other places around the world. How has your connection to your own sense of place changed—or stayed the same—over time?