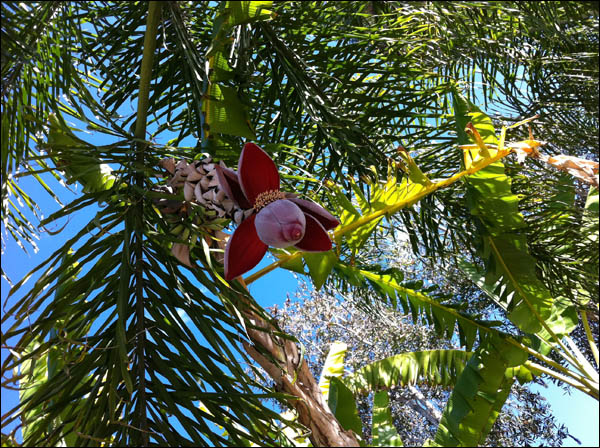 My California journey is under way!  It is turning out to be less of a working trip, and more of a vacation, than I had envisioned, but I’m finding that I’m OK with that.  There will be plenty of time to work when I return to the winter drear of the Northwest … now is my time to bask in the sun!  Still, I do intend and hope to weave some Dream Into Change work into the remainder of my time in the Golden State. 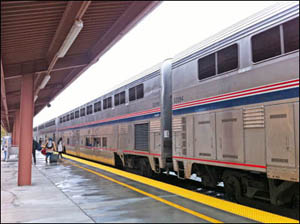 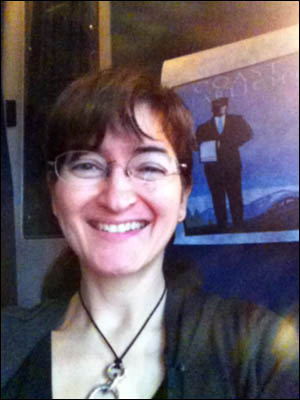 My travel on the train so far has been every bit as much fun as I had hoped.  I took the Amtrak Coast Starlight from Portland to San Jose, complete with a sleeping compartment.  Unfortunately, I attempted to reserve my vegan Dining Car meals 68 hours prior to my trip, and they have a 72-hour cutoff, so I missed it.  Fortunately, the dining car staff were pretty accommodating as I cobbled together meals from what was on the main menu.  For example, for two meals I had steamed vegetables, brown rice, and a baked potato – all of which were ostensibly parts of meat-centered meals – which I seasoned with one of the Newman’s “light Italian” or “balsamic vinaigrette” dressing packets they provide to each table.  Not ideal, but workable.  I’m keeping my fingers crossed that the vegan meals I ordered for the return sleeping-car portion of the journey, in about a week, will be on the train when I board it.

I think I will write a letter to Amtrak, asking them to offer vegan meals on their regular menu, with ingredients they could stock on each train.  (The way it works now, they must request them from an outside vendor when a passenger pre-orders them.)  Each meal on their menu has at least one vegetarian entrée option now, but none are vegan.  It seems to me that this could be easily remedied.  Perhaps after I write the letter, I will post it here in case any of you would like to send a similar one.  I’d love to see more people eating animal-free meals as they ride the rails!

One thing I love about taking the train, vs. driving or flying, is how community-oriented it is.  In the dining car, for example, you are always seated at a table with fellow travelers, and I had some great conversations over meals.  Many rail passengers – especially those in the sleeping-car section – are retirees, with interesting stories of their lives and work.  One thing that struck me, given my interest in helping people to align their values and passions with their paid work, was that many of these folks seem to have done that.  I enjoyed hearing their stories.  I also had lunch one day with a young woman in college who is studying criminal psychology.  We had a great, uplifting conversation about restorative justice.  She had not heard about it, but when I described it, she loved the idea.

Right before I ate with her, I had read an incredibly moving and inspiring article about restorative justice, from the front page of The New York Times. I highly recommend the article, which follows the recent story of a 19-year-old Florida man who killed his 19-year-old girlfriend, and her parents’ decision to forgive him and undergo a healing victim-offender dialogue together.  I am so heartened to see these ideas gaining mainstream media coverage.  I also noticed at various points in the article that NVC-based communication skills could have prevented the tragedy from happening in the first place; it only strengthens my resolve to do everything I can to spread awareness of these two ideas as much as I am able.

On a related topic, on this trip I have also been reading Nancy Mullane’s Life After Murder,which had been recommended to me by a fellow volunteer at the Oregon Prison Project.  Mullane is an NPR reporter who followed the stories of five men convicted of murder, who had been serving life sentences in California prisons. 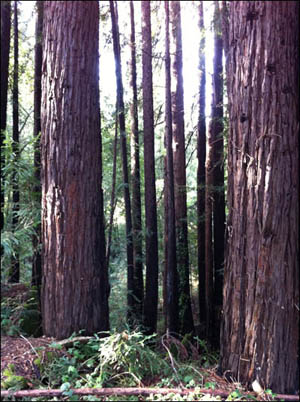 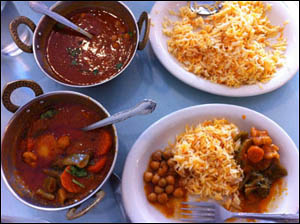 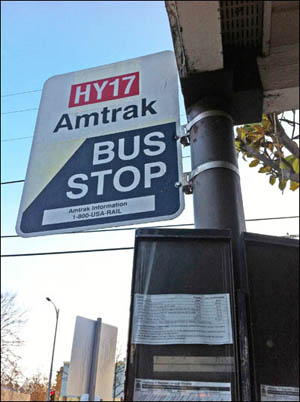 It is an eye-opening look at how “normal” people who commit violent crimes can be, as well as at the flaws in our justice system and the California Department of Corrections (and the governor’s office), with respect to actually meeting the needs of safety in the community while recognizing the humanity, and ability to change, of many of these inmates.  I recommend the book.

I arrived in Santa Cruz late Sunday morning, and enjoyed spending time with my friend, and gracious host, Lisa.  We went to the beach, the woods, and several vegan or vegan-friendly restaurants, and had a lovely time.  I had hoped to also lead a workshop in Santa Cruz, and Lisa had helped me to publicize it; but the enrollment was low, so I needed to cancel it.  Perhaps just as well, because I came down with a cold, too.

On Tuesday morning, she took me to the bus mall in downtown Santa Cruz, where I hopped a comfortable, wifi-equipped bus back to San Jose and the Amtrak station.

I got on the train, and had another, totally unexpected, community connection: for my coach ticket between Santa Cruz and LA, I was seated next to a woman who has worked for the state PIRGs (Public Interest Research Groups for many years.  I worked for OSPIRG, and a couple of related groups, for many years myself.  We knew several people in common, and talked about politics, progress, and idealism. Totally unexpected connection.  So glad I took the train! 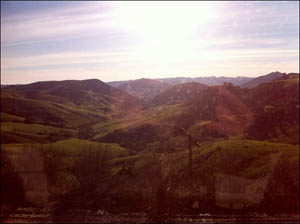 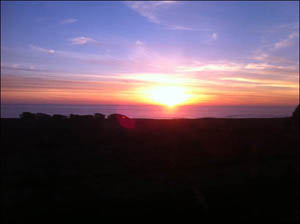 After our chat, she had work to do, so I spent most of that journey in the sightseer lounge car, enjoying the scenery of rolling hills and, eventually, the Pacific Ocean at sunset.

Now I’m in Los Angeles, for my first time ever!  I’ve lost my voice with the cold, which is a bit surreal; but I’ve been enjoying the sunshine, the beach, and – of course – some great vegan restaurants.  My cousin Nathalie has been a wonderful host, and I’ve enjoyed spending time with her after many years apart.  Today, I had lunch and caught up with a former Portland ecstatic-dance community friend; tonight, I am looking forward to dining with a friend from high school whom I have not seen since our graduation night in Virginia, 22 years ago! 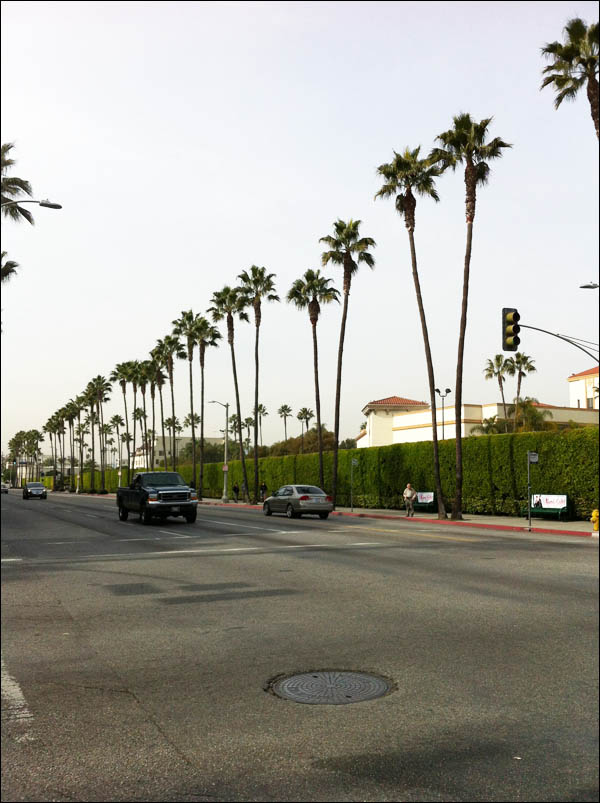 This entry was posted in Nonviolent Communication, Sustainable Transportation, Veganism. Bookmark the permalink.

4 Responses to California so far